I realize we have much to discuss. It’s been an eventfull week.

Last night we had the first of the debates and I think from what I saw, the Dems did ok. It was very cordial. No one was sucker punching anyone, we were on a first name basis for the most part. I only saw the last half hour, stupid me, I thought it was aired in prime time. duh.

We’ve had departures. Rosie is leaving. More importantly, so is Gertie. Both flying to better and more fulfilling things. Well wishes abound for the both of them.

I got my first Mystic Tan. It’s ok. I’m not super dark, but it certainly looks better. My theory has always been, chocolate pudding is MUCH more appealing than cottage cheese. So there.

We’ve had our first kill. This is what I woke up to Wednesday morning. . . bleagh. Kind of grossed myself out then rallied and ran for the camera. Baby’s all growns up. 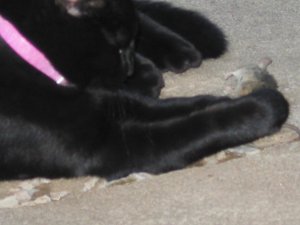 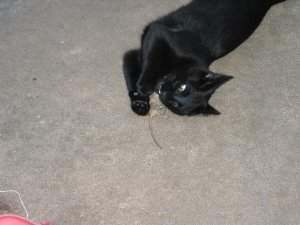