For one thing, let’s have a big fat HUZZUAH and a GOODNIGHT SWEET BITCH to the ole no-dancing-marry-a-Beatle-for-his-money-pose-as-a-celebrity-activist that got booted tonight from Dancing With the Stars…

AND when I was looking for a photo…found quite a few of Ms. Mills/McCartney…SANS CLOTHING!!!! Hussy.

Now. Yes. I have been watching it this season. All who know me know how much I despise reality tv. I really do. I want to see great writing, great acting. . . but occasionally I’ll get sucked into the void and the next thing you know I’m dancin in the streets with Cliff and Steve Sanders and Joey from In Sync and that fabulous speed skater Apollo….sigh.

Gilmore Girls was new again! Gasp! Two fresh eps in a row! Holy crap! Now, riddle me this…what the hell has happened to Miss Patty?? Gastric Bypass? She’s a ghost in fat women’s mumu’s. AND Sookie…is she really pregnant in real life? because something is going on with her face. Swollen. Her nose to be precise. Several friends have had their noses go ginormous during the preggers so I’m just wondering. Ok Lookie what I found. Well, nevermind.

Work is unbearably slow. This paycheck is going to sucketh mucheth.

I walked for an hour tonight. Right passed this house that I’ve been eyeballing for two years now. It’s up for sale. That is all I know. But I really like it. May call about it or send an email or some such.

Alleged wicked pissah thunderstorms and tornadic activity with hail today. Not so much. Just the thunder and lightening and buckets o’rain. The Festival of the Arts began today, 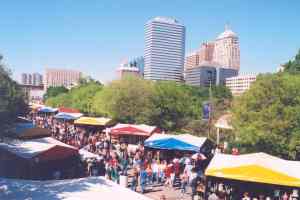 so we’re guaranteed several more days of bad weather. But on a happier note, they will still be selling fantastic food and ice cold beer and the rain will let up eventually. It ALWAYS does!

Huzzuah and Happy Wednesday and I love George Clooney. 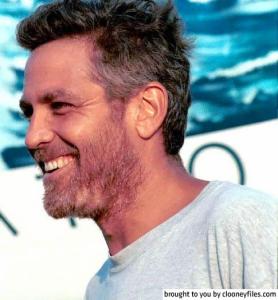 4 thoughts on “A Few Wednesday Bites”