We took a hit this week folks. The death of John Hughes hit me like a ton of bricks. Bigger blow than Michael or Farrah or any of the others that checked out this summer. The Facebook is alive and gurgling with status updates full of lines from his movies. He touched not just us, Generation X, but those that came before us what had to run out and rent/buy the vhs tape as soon as it came out so their child would shut the hell up. It touched those that came after us, thanks to being forced to watch while their older siblings/cousins/aunts/uncles were watching it and wouldn’t remove said VHS tape from tv and relinquish the remote control that was connected with a wire to the machine.

Joe sent me this link on The Facebook yesterday. Go. Read. I don’t think any of us could have a better eulogy.

Many tribute marathons are in order. I’m sure there will be a gathering of the Brat Pack captured somewhere on the tv…give me a heads up when it happens. I don’t want to miss it. 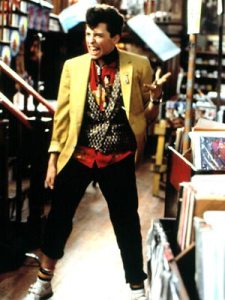